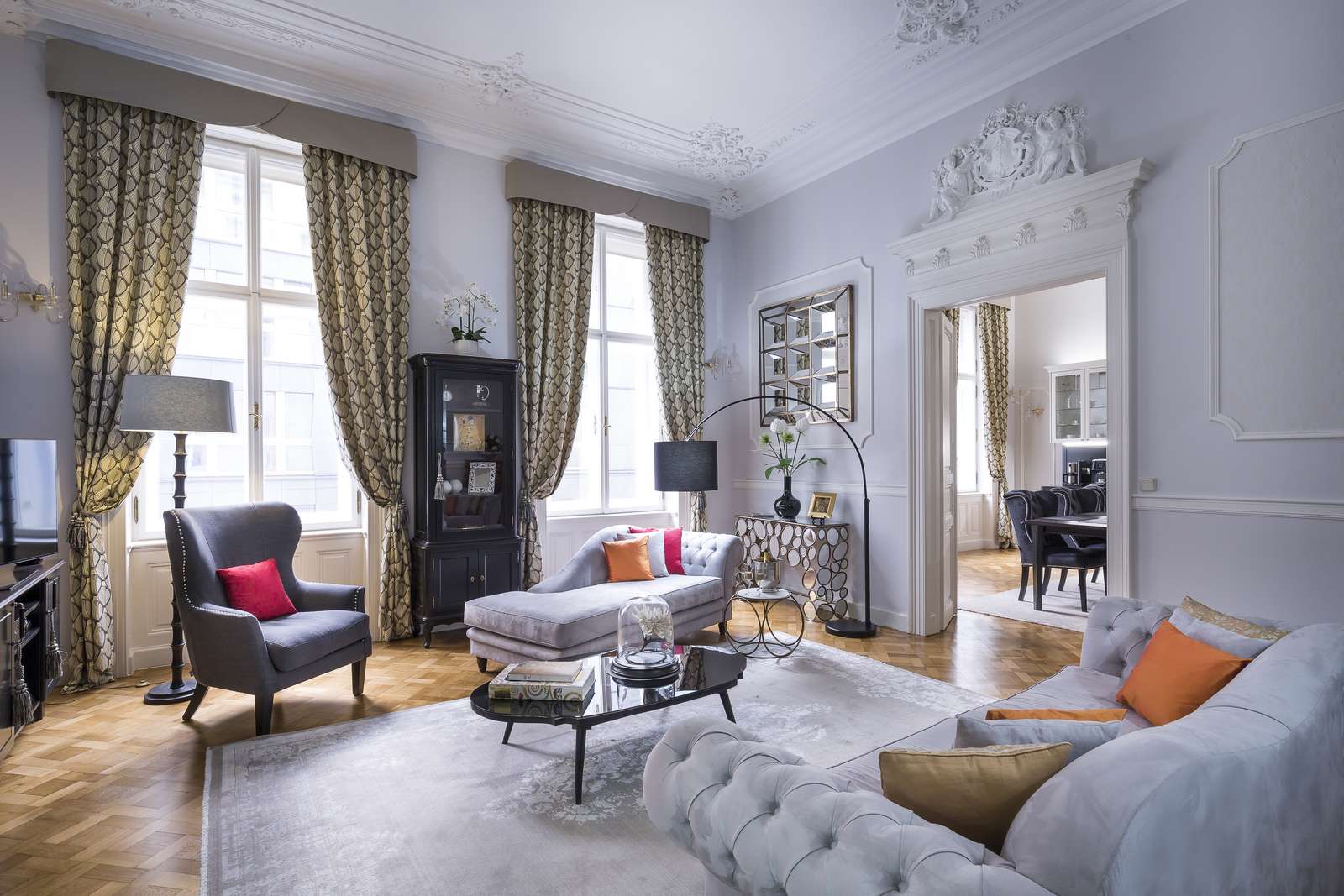 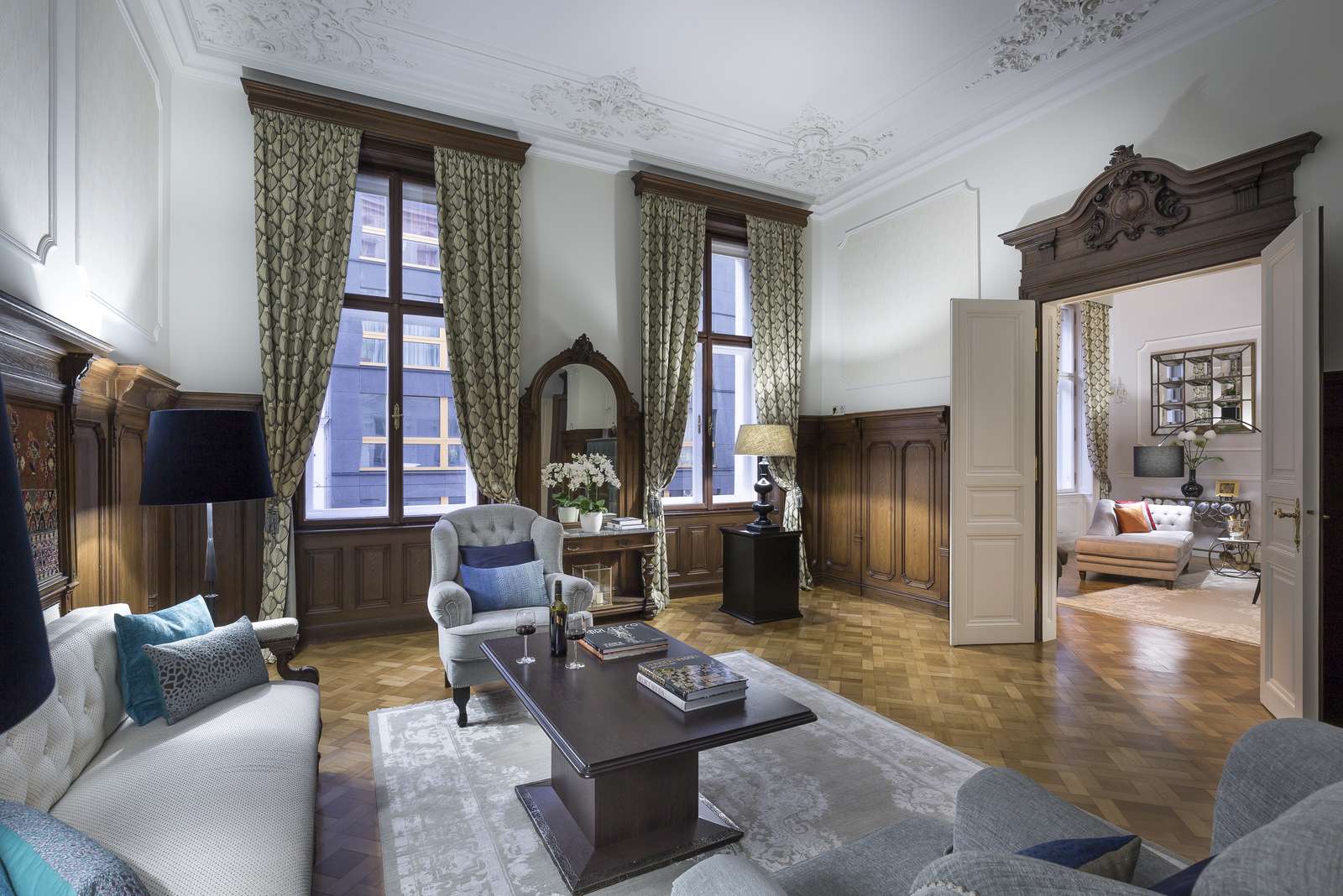 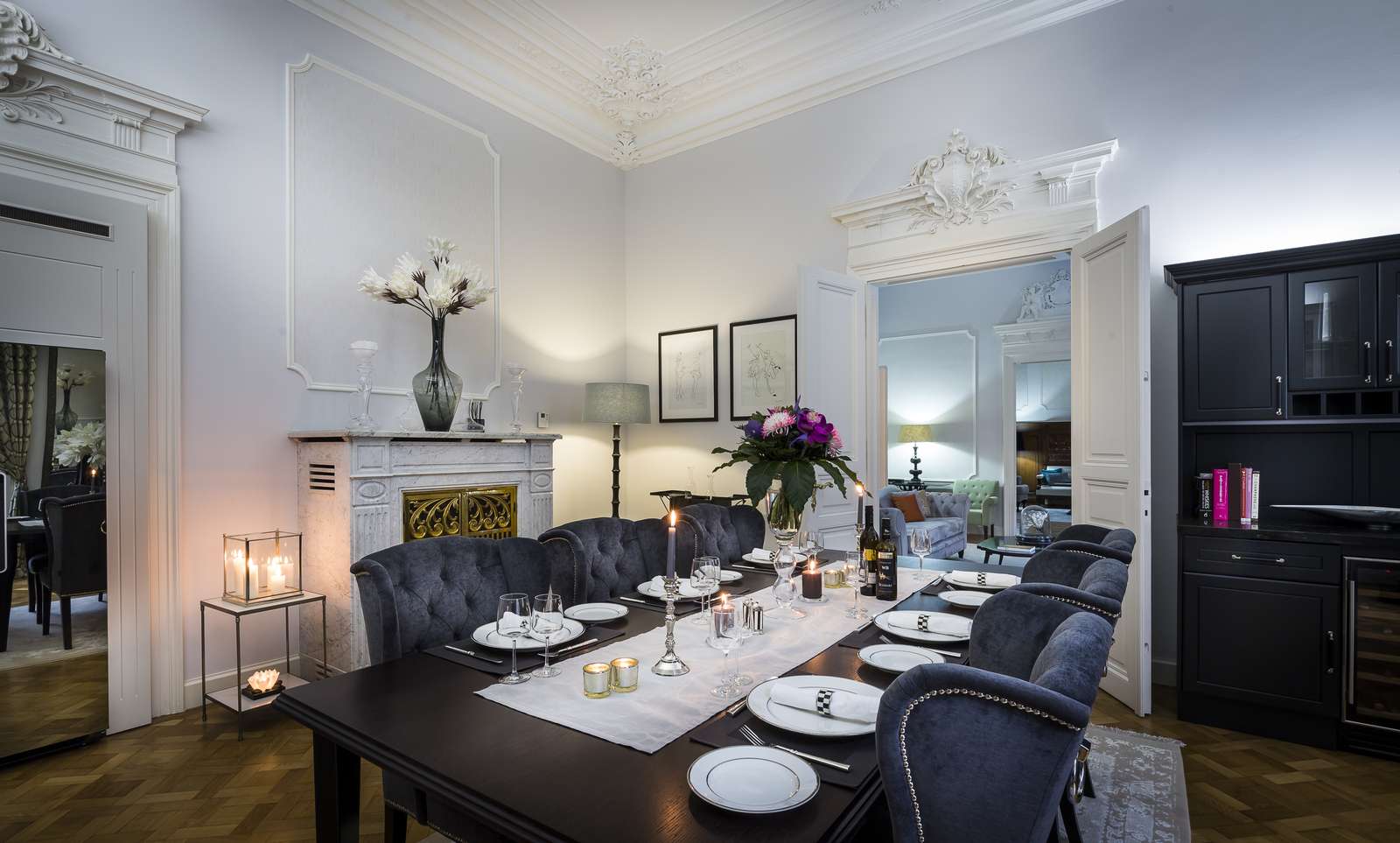 Book a city break at our luxurious Vienna apartment and enjoy an incredible stay in an awesome city.

Vienna is one of the grandest of the historic cities of Europe, having been the seat of the Babenberg and Habsburg Dynasties for nearly a thousand years.

This grandeur is evidenced by the great palaces of the Hofburg and Schönbrunn, the Spanish Riding School, and the fine architecture along the Ringstrasse, as well as the immaculate parks and gardens dotted around the city.

It is fitting, therefore, that the Rocksure Vienna apartment should be situated in a former palace! Nestled in a quiet residential area, it provides a secluded yet central location from which to enjoy the pleasures of Vienna, simple and spectacular alike, from the shopping of the famous Mariahilfer Strasse, just a few minutes’ walk away, to some of

Europe's greatest museums and art collections, to the Hofburg Palace itself (less than 20 minutes’ walk).

Rocksure Vienna has a large master bedroom and second bedroom, both with en-suite bathrooms, a spacious living room and separate sitting room, and a modern kitchen with seating for eight. The apartment can also flexibly accommodate two children.

Our highly knowledgeable, locally based Rocksure concierge is on hand 24 hours a day to ensure that guests enjoy the Viennese adventure of their dreams, no matter what that entails.

Get in touch with our expert travel team to find out more about this luxury apartment in Vienna, we can help plan your perfect getaway.

It doesn’t take long, on arriving in the centre of Vienna, to realise that this majestic town must have been at the heart of a grand dynasty. And indeed it was, of course, the capital of Europe’s sprawling Austrian empire that for centuries dominated the continent’s political scene.

And all that grandeur, that pomp and hauteur can still be seen today in the magnificent buildings that line the famous Ring boulevard which encircles the old town.  Massive and austere, they still command respect as they did from the days when the Emperor and his Court scurried from Palace to Palace administering their vast territories. In the Hofburg Palace marvel at the jewels and regalia of this all powerful dynasty, whilst at St Stephen’s Cathedral remember that the building, like the whole of the centre, was smashed almost to the ground by allied bombing in WWII.

For there is a lot of dynamism in the city now, a younger population, fresh ideas…we tend to think of Mozart and Brahms, of Strauss with his melodious waltzes, but there are exciting developments perhaps best expressed by the Museum Quarter, a brilliant new complex that brings together the city’s artistic heritage.  This new Vienna, no longer capital of an empire but redefining itself at the epicentre of Europe, dazzles under a summer sun as it glitters in the winter under a canopy of snow.

Enjoy this wonderful city – at once grand and exuberant, closed and secretive – and be sure to enjoy a fine chocolate cake in an opulent café!

The climate in Vienna differs to the alpine regions of Austria, showing a more temperate climate with lower precipitation and warmer summers. Read More

The climate in Vienna differs to the alpine regions of Austria, showing a more temperate climate with lower precipitation and warmer summers. The hottest months are from June to September, and, with minimal rainfall, are the best times to explore this beautiful city