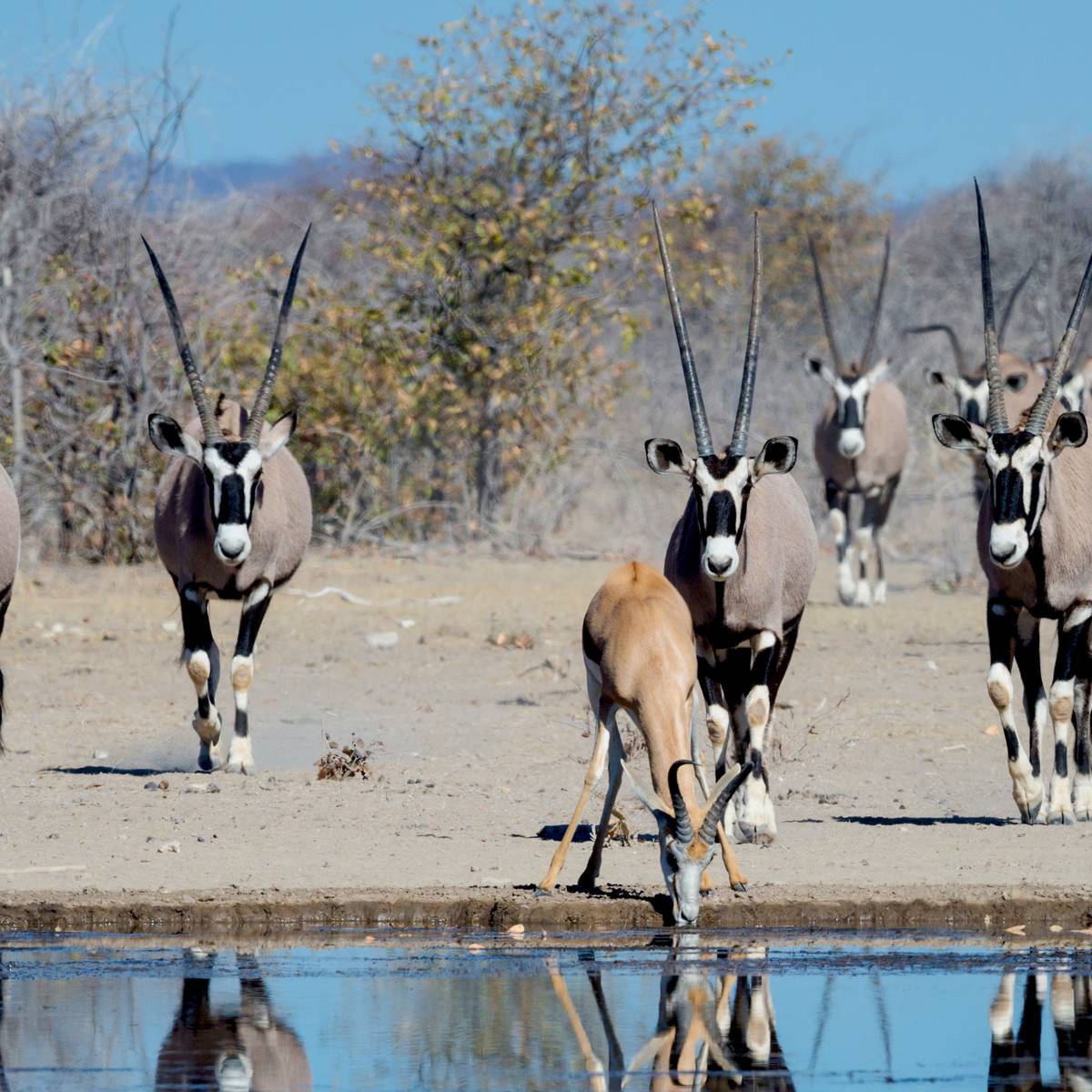 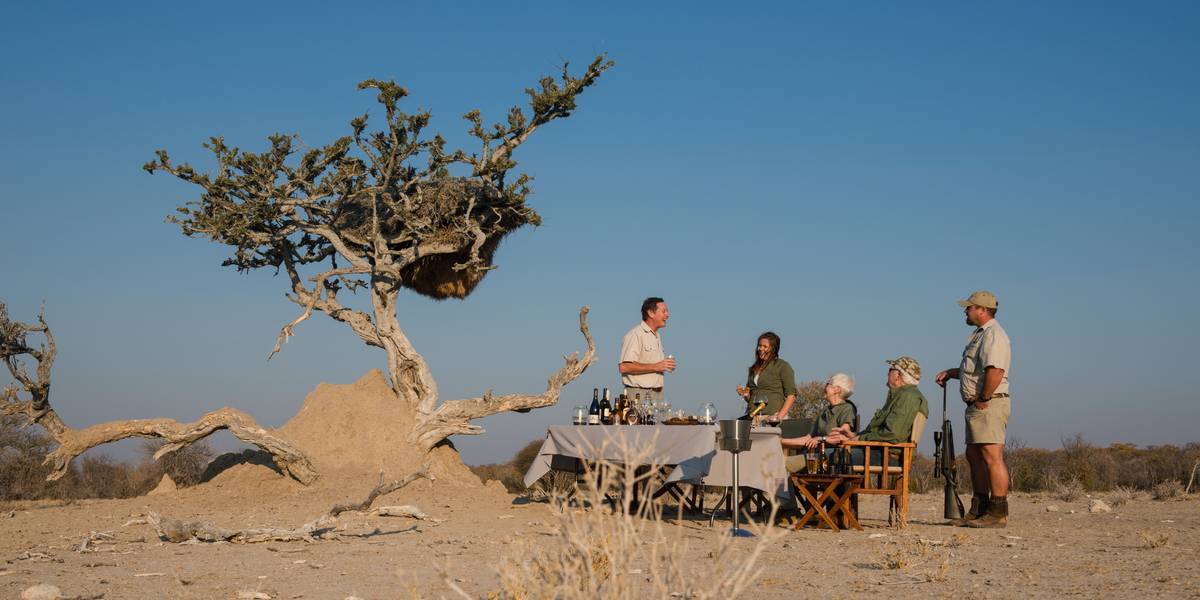 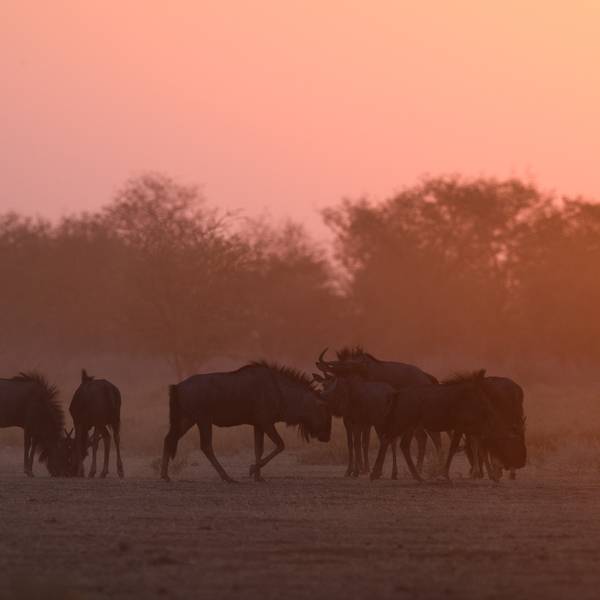 Located in the Kunene region of Namibia, Etosha National Park is famed for its enormous salt pan so large it can be seen from space! The hypersaline conditions of the pan limit the species that can permanently inhabit the pan itself, but during summer it fills with water which attracts pelicans and flamingos, making it both geologically stunning and wildlife rich.

The saline desert of the park is home to various grazers such as blue wildebeest and springbok, as well as other exciting animals such as giraffe, zebra and an abundance of birds. Perhaps the most exciting of the parks features of the fact that it contains four of the big five – the African elephant, both black and white rhinoceros, lions and leopards, making it a true African paradise.

The dolomite hills on the southern border are called Ondundozonananandana, meaning “place where young boy herding cattle went to never return”, presumably referencing the large number of predators, giving the mountains its English name of Leopard Hills. But don’t worry, fantastic guided tours will ensure both your safety and your enjoyment on this incredible experience.

Annually there is not an awful lot of precipitation in this area, making it a year round ideal place to visit. Read More

Annually there is not an awful lot of precipitation in this area, making it a year round ideal place to visit.
There are some showers between October and March, however these are infrequent and do not last for long.The warmest temperatures are seen between September and May.