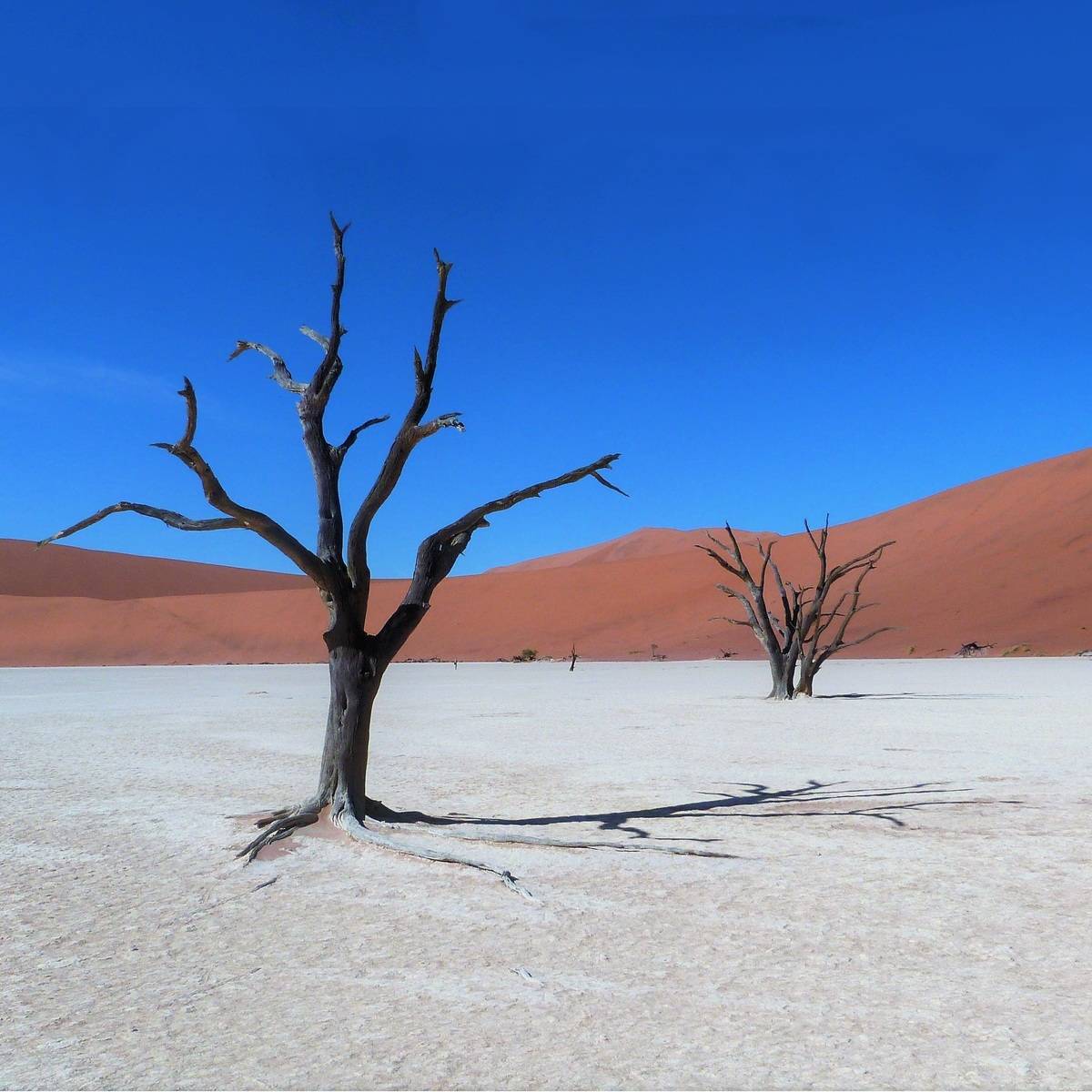 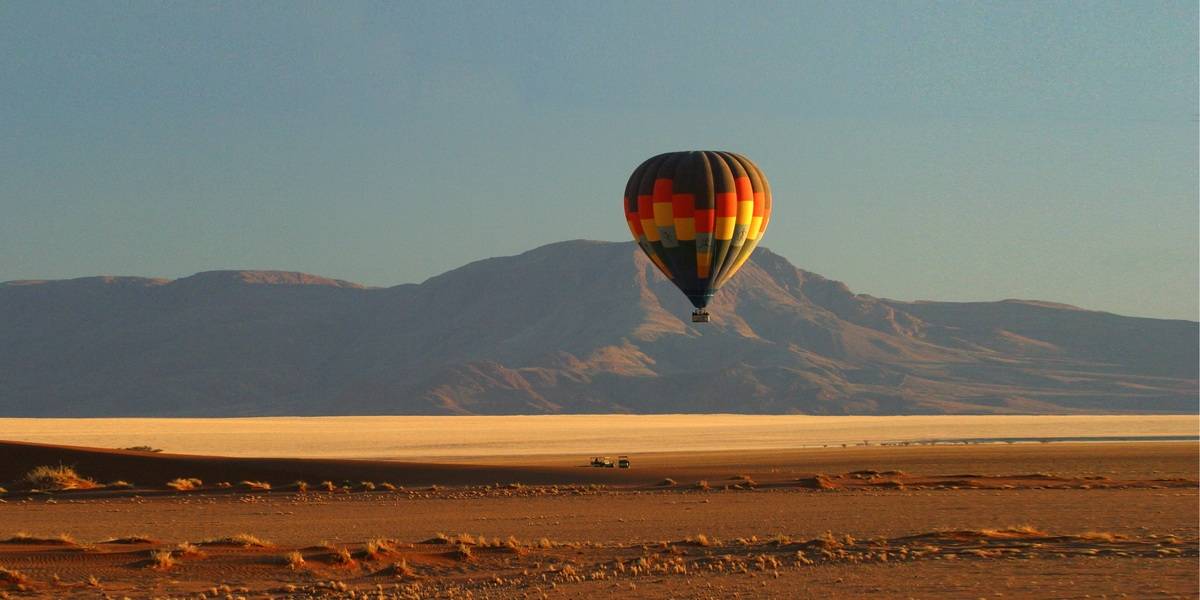 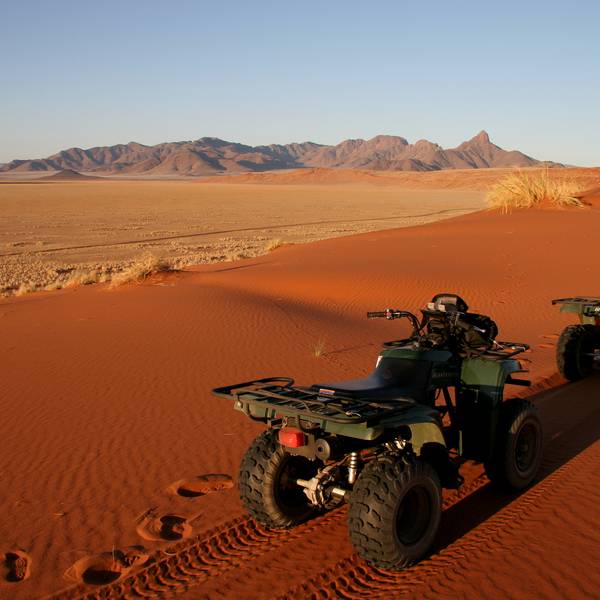 Situated in the largest conservation area in Africa, the Namib-Naukluft National Park, Sossusvlei is Namibia’s most spectacular attraction, all thanks to the incredible terrain. Salt pans surrounded by some of the highest dunes in the world gives an almost other-worldly feel. The white pans contrast beautifully with the vivid pink-to-orange dunes, with the older dunes becoming a deep red as you climb.

The epic landscape is constantly changing as the wind forever alters the shape of the dunes, while colours shift with the changing light. Furthermore, following an exceptional rainiy season, the salt pan resembles a glassy lake. Holding water for up to a year, the reservoir becomes a popular drinking spot for zebras, leopards, hyenas and much more.

The dunes are one of the oldest and driest ecosystems on earth; deadvlei, dune 45 and the petrified dunes are a must-see for avid adventurous. For those who don’t want to trek up the some 400 meter sands, there is an opportunity to get an epic live show of mother natures beauty, as balloon tours are available.

Sossulvlei is best visited in the morning or later afternoon; the colours are more vibrant, the heat is less oppressive, and the crowds are diminished.

With very little rain and perfect holiday temperatures, Sossusvlei is perfect for visiting all year round. Read More

With very little rain and perfect holiday temperatures, Sossusvlei is perfect for visiting all year round. A very small amount of precipitation may occur in the months from January to April, however this is very minimal.